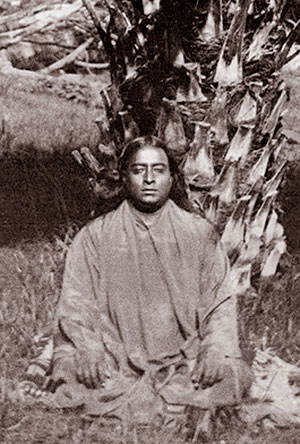 The topic of this talk is nonattachment to the sense urges. Ryan begins with Chapter 2, verse 60 of the Bhagavad Gita: “Even though a discerning devotee may continuously strive for perfection, the impetuous sense urges may forcibly influence the mind.” Ryan explains that what you are learning to do is not necessarily to force the senses out but rather to bring your awareness in so that the senses are no longer influential. The senses are always bringing information in, and your awareness is distracted by the sense urges by force of habit. Meditation allows you to pull within and disconnect from the senses so that you can exist as your eternal immortal nature no matter what’s going on externally.

Ryan continues with verse 61: “Having controlled the sense urges, the devotee should remain firm in yoga, intent on Supreme Reality. For that one whose senses are mastered, intelligence is firmly established.” He says that the Bhagavad Gita refers to yoga essentially as superconscious meditative contemplation, which means you are awake, alert, witnessing, and at peace. When some people meditate, they focus on the problems or suffering they’re trying to get away from rather than on the state they’re trying to experience. Meditation requires that you set aside time to ignore problems and direct your attention within to experience Supreme Infinite Reality. By turning away from your problems during meditation, you will be better able to hold your focus on what you are contemplating, the Supreme Reality. In time, it becomes easy. It just takes practice. Once you have mastered the senses, you can act in the world from a state of yoga, poise, and tranquility.

At first, you will have an idea of what God is like. The gods, goddesses, and forms that you have in your mind are just like icons on a computer. The icon is not the program, but it’s how you get to the program. However you conceive of God, that is your icon. You focus on it in meditation practice, and it carries you through to the actual experience. Start there, but know that whatever you conceive God to be is not It. It’s inconceivable. Don’t get hung up on the form. Allow yourself to go beyond the form.

Ryan concludes by stating that being Self-realized means to be aware of your Self all the time, to know who and what you are all the time, and that even after Self-realization has occurred, it is important to continue your meditation practice. Even the gurus continued to meditate after realizing the Self.