The Root of All Your Spiritual Pain

The Root of All Your Spiritual Pain 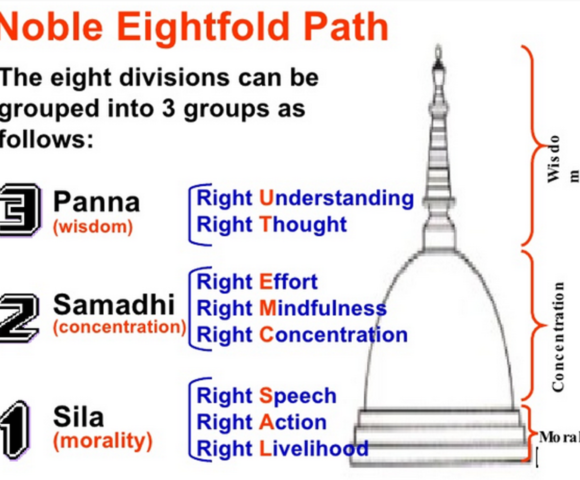 The following article was submitted as a homework response from a student in the Year 2 Kriya Yoga Apprenticeship Program. Her thoughts on Kriya Yoga and also how Buddhist Philosophy relates to the same basic concepts of spiritual freedom is worth considering…

“Absence of Self-awareness, a sense of individualized existence apart from the wholeness of life, attachment, aversion and the will to live are the root causes of pain.”

This part of the Yoga Sutras is in great alignment with Buddha’s teaching. As many know, Buddha also taught Ignorance, Attachment and Aversion as “The Three Poisons”. We can look at “the will to live” as the main effect of the causation of “Ignorance”. We would like to live, because we think we are going to die and that we are separate; which is really the ultimate Ignorance. The questions “Where did I come from?” and “Where will I go?” concerned human beings for countless lifetimes. Buddhism sheds a very powerful and clear light on these questions by the explanation of conditionality, called “The 12 Links of Dependent Origination”. The Dependent Origination formula can be summarized as “When this exists, that comes to be; with the arising of this, that arises; when this does not exist, that does not come to be; with cessation of this, that ceases.”

Please see the diagram below for further inspiring content.

According to the 12 Links, the arising and disbanding occurs by way of the senses and it happens on its own. We cannot prevent it. We can’t force it. If we look and know it without attachment, our minds will be unaffected by the harm/imbalance that comes from joy or sorrow. It will stay in relative normalcy and neutrality. But if we’re forgetful or do not pay enough attention and start latching on, labeling things in pairs such as good and bad, happy and sad, pleasing and displeasing— the mind will become unsettled: it will be no longer in equanimity or still.

Based on the root cause of Ignorance, we start the cycle of Samsara. Our past accumulated karma generated based on various levels of attachment and aversion will then cause the generation of new karma that causes and leads one into future births. The generation of karma due to attachments, desires, longings, cravings or various levels of aversion, anger, hatred and the karma generated during the cause of such quests/pursuits will then lead one through eternal Samsara resulting in yet further causations/karma, requiring further rebirths. Thus, bonding one into this eternal journey.  Then once we get into a rebirth, we undergo/endure all the sufferings associated with this new life. And the circle starts all over again. Due to our ignorance, we fail to realize the underlying nature/reality of existence. Thus, veiled and shadowed by ignorance, we keep on generating the mental fermentations/volitions that keeps us further bonded to Samsara.

So why do we continue this circle to go around and round? I think it’s simply a very strong, deep and long chain of karma creation; habit of being. If we would like to break the chain, we need to still the mind, contemplate and see the truth very clearly. Only then we can start becoming aware of the effects of attachment/aversion and understand the chain/linked effects.

To do so, we must want to break the chain truly and strongly. In reality, most of us do not truly want that. We flirt with the idea and concepts, entertain the mind… We create more karma for more attachment/aversion and more becoming (not only physical, but there are various levels of attachments and aversion; to concepts, ideas, personalities, pain, hatred, even teachings…). All that would create more karma for more becoming; for example; if I have an attachment to a certain teaching, such as Buddhism, I might create more karma or activate certain karmas to become a Buddhist in my next life. This is not true freedom. The goal is to replace the unskillful karmic generation with skillful karmic generation and create a foundation for Samadhi. With the experience of Samadhi, we build Knowledge or Wisdom (Buddhists call that Prajna or Panna) and Insight. The Ultimate Goal is not to have more “experience” (or even create good karma) but the ending of experience/becoming. If we are 100% honest, most of us are probably not sure if we truly want to do that; it’s important to ask this fundamental question and reflect on our answer: “Do you want to end all experience?” We can see now that it’s indefinitely easier to cling to attachments and aversions; which supports and strengthens our false sense of self, than working towards “non-becoming” through weakening of our attachments and aversions.

By the way, as Ryan discussed a few times; it’s not important how we respond to this question, but it is important that we are aware of where we are with our intentions, attentions and will at this time in our life, which might change slowly or drastically in the future.

Let’s consider also the connection between the “Will to Live” and taking good care of our bodies; do they conflict? Many respectful and wise spiritual teachers advise taking good care of the body and be as healthy as possible. Referring back to the previous section of Dependent Origination; to break this chain of Samsara and to become fully enlightened (or even somewhat enlightened), we need to come close to a true understanding/insight, and to do so, we need a certain kind of Wisdom, which is supported and generated by deep and strong Concentration. Concentration can be strengthened by many things; having a healthy body is one of them. When someone is sick, it’s harder to build a good concentration. When someone is lying or cheating, harming others or even gossiping, it will be definitely harder for them to calm their mind and reach to a certain concentration.

That is why I think The Sutras give great importance to Yamas and Niyamas, that is why Buddha taught “The Noble Eightfold Path”.

This does not mean that we need “The Perfect” health or morality or else we’re doomed. We do our best to work with what’s given and what’s available (our accumulated past karma and our current conditions). We strive to live a “blameless” and “harmless” lives as much as possible. Every time we chose to act skillfully and strengthen our morality, every time we chose to weaken our attachments or aversions; no matter how small or big, we’re working towards getting that chain becoming weaker and weaker, and eventually at some point break!

The choices we make and actions we take, support our overall progress. Without Right Livelihood (which is taking good care of the body, eating the right foods and in right amounts, getting enough, but not too much sleep, cleanliness of the body, even what kind of work we do…), Right Action (not killing, stealing, lying, harming others, being kind and compassionate etc) and Right Speech (telling the truth, if it’s beneficial and when it’s the right time and when it’s accepted/received), it will be hard to build Samadhi/Concentration.

So, even though the Sutras say the will to live is a root cause for pain, they also advice taking good care of the body, and they are not conflicting.

The 9. Sutra in Chapter 2 says “Will to live is compelling, even in the wise”. Every being desires and craves for existence, and this craving is what the Buddha is describing as the Second Noble Truth; the Noble Truth of the Origin of Suffering:

“It is this craving (thirst) which leads to renewed existence (rebirth) accompanied by passionate greed, and finding fresh delight now here, and now there, namely craving for sense pleasure, craving for existence and craving for non-existence”

In Buddhism, there are 4 levels of enlightenment:
1) A Stream-enterer (Sotapanna) is free from:
1. Identity view
2. Attachment to rites and rituals
3. Doubt about the teachings

3) A Non-returner (Anāgāmi) is free from:
4. Sensual desire
5. Ill will (Includes Hate, Aversion, Fear, Fear of Detaching from anything; including fashioning, naming activity, thought production…)

As you can see, even a non-returner, who has completely uprooted and destroyed all desire for sensual pleasure, still has craving for fine-material and immaterial existence. This craving is a powerful mental force exists in our mental stream that keeps us going around and round in the cycle of birth and death. Ignorance is uprooted fully only for an Arahant (Fully Enlightened Being).

Let’s be careful and not confuse wanting to die as uprooting the will to live. In wanting to die; we strengthen our aversion to the current life.

In exploration of the fine line between “being attached” to a past pain or trauma and “expressing the pain and trauma”, once again, we reach out to our most powerful tool in our tool box; “self awareness” and “mindfulness”. We recognize that it’s indeed okay and healthy to express the pain or share it wisely. This does not make one “a victim” or necessarily “attached to the pain or trauma”. It could be simply consciousness expressing itself / exhausting the karma. As long as we are not building an unskillful habit of it and aware of our emotions towards the act of expressing the pain/trauma, we can simply observe, express, release/exhaust, heal and let go.

A senior monk and a junior monk were traveling together. At one point, they came to a river with a strong current. As the monks were preparing to cross the river, they saw a very young and beautiful woman also attempting to cross. The young woman asked if they could help her cross to the other side.

The two monks glanced at one another because they had taken vows not to touch a woman.

Then, without a word, the older monk picked up the woman, carried her across the river, placed her gently on the other side, and carried on his journey.

The younger monk couldn’t believe what had just happened. After rejoining his companion, he was speechless, and an hour passed without a word between them.

Two more hours passed, then three, finally the younger monk could contain himself any longer, and blurted out “As monks, we are not permitted a woman, how could you then carry that woman on your shoulders?”

The older monk looked at him and replied, “Brother, I set her down on the other side of the river, why are you still carrying her?”

Carrying the pain/emotions inside and not talking about it for the sake of the thought of “not wanting to be attached to the pain” might not be the most helpful action. We can let the pain/emotions express itself and let go. We aim to be diligent with observing if there’s a “pleasure” or “attachment” that’s building because of certain activity; for example sharing/talking about the pain/trauma or experience (especially when done unskillfully or excessively), versus a healthy “release” and/or sense of “healing”.

We can also consider that sharing experiences, pain and trauma skillfully and wisely can help others to see that they are not alone and even the most spiritual people we know might go through difficulties in life.

This is the human existence and condition that we all share and that we are all in.

Hope these concepts are helpful and inspiring.

…Thank you Ebru for the submission.